For almost her whole career, wheelchair tennis player Esther Vergeer remained undefeated. Esther won 470 consecutive singles matches, which made her one of the most successful athletes in Dutch sport history.

She started her sport career as a wheelchair basketball player in the mid-nineties, made it to the Dutch national team, and surged to victory in the European championship with her teammates in 1997. Having already played wheelchair tennis at a high level during that period, a couple of months later she chose tennis as her number one sport. Not only did she win the US Open, but also the Dutch Open and the Swiss Open. Then, she became the world number one and spent 668 weeks in that position.

On February 12 2013, Esther, who was awarded the Laureus World Sports Award in 2002 and 2008, ended her impressive career. In December 2016, she was awarded with the Fanny Blankers-Koen Career Award, an award for the biggest Dutch sports heroes. 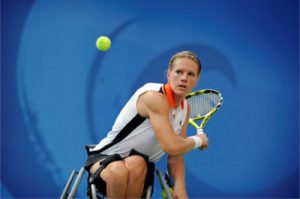 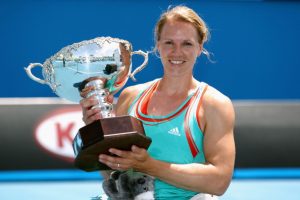 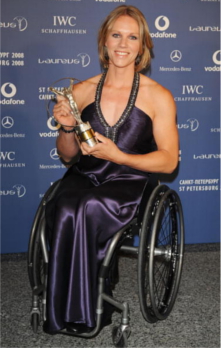